This week we’re starting you off with a little treat, a comparison of the old version of the game with the new one!

Let the old be new again!

We’ve also been having a whole lot of fun with the new combat animations, both in their conceptualization and in the in-game testing!
They truly add a whole different feel to combat, putting additional emphasis on the weight of the weapons and the effort put into each specific attack, also allowing for better feedback when it comes to executing the combos. Also, we’re about half-way done with them!

Together with the combat animations, the logic for the Knuckle and Spear weapon classes has been implemented, both being new weapon types that have been discussed before and will definitely provide more options and variety on how to keep baddies at bay.

The canyons sure seem inviting!

The cutscenes are also continuously being refined, we really want them to convey all the emotions and personalities of our NPCs and scenarios, so we’ll keep on tweaking them until we believe they’re perfect. 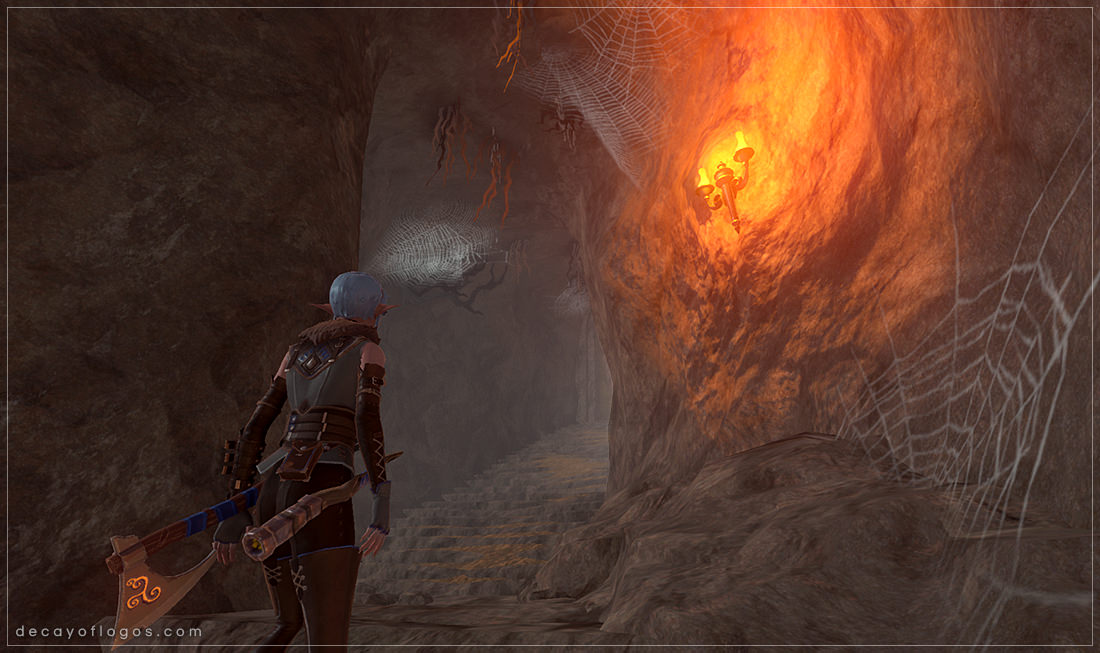 Last but not least, additional props have been created to embellish our world, as the new windows and shrubberies were a good starting point but not nearly enough, so here are some of the latest additions that are specific for caves and the likes, spider webs and roots!

We hope you’ve enjoyed this post, see you next friday!