This week we continued the work of replacing old animations with the new ones which add a lot more personality to the game. Walking on quicksand and the visual feedback of that action, for example, was something we needed to improve, in terms of animation and also in shader work. We’re currently working on that, but it isn’t finished yet. In the meantime, we are also doing some experiments with stylized water shaders to use in small lakes or shallow streams, for example.
On a different note, the cutscene system was fine tuned, and now there is an option to skip forward those events.

The new areas are developing smoothly, and although there are many assets to create, concepts like the one below help us to establish the mood we’re trying to achieve in advance. In this case, the image depicts the stage of a bloody battle. 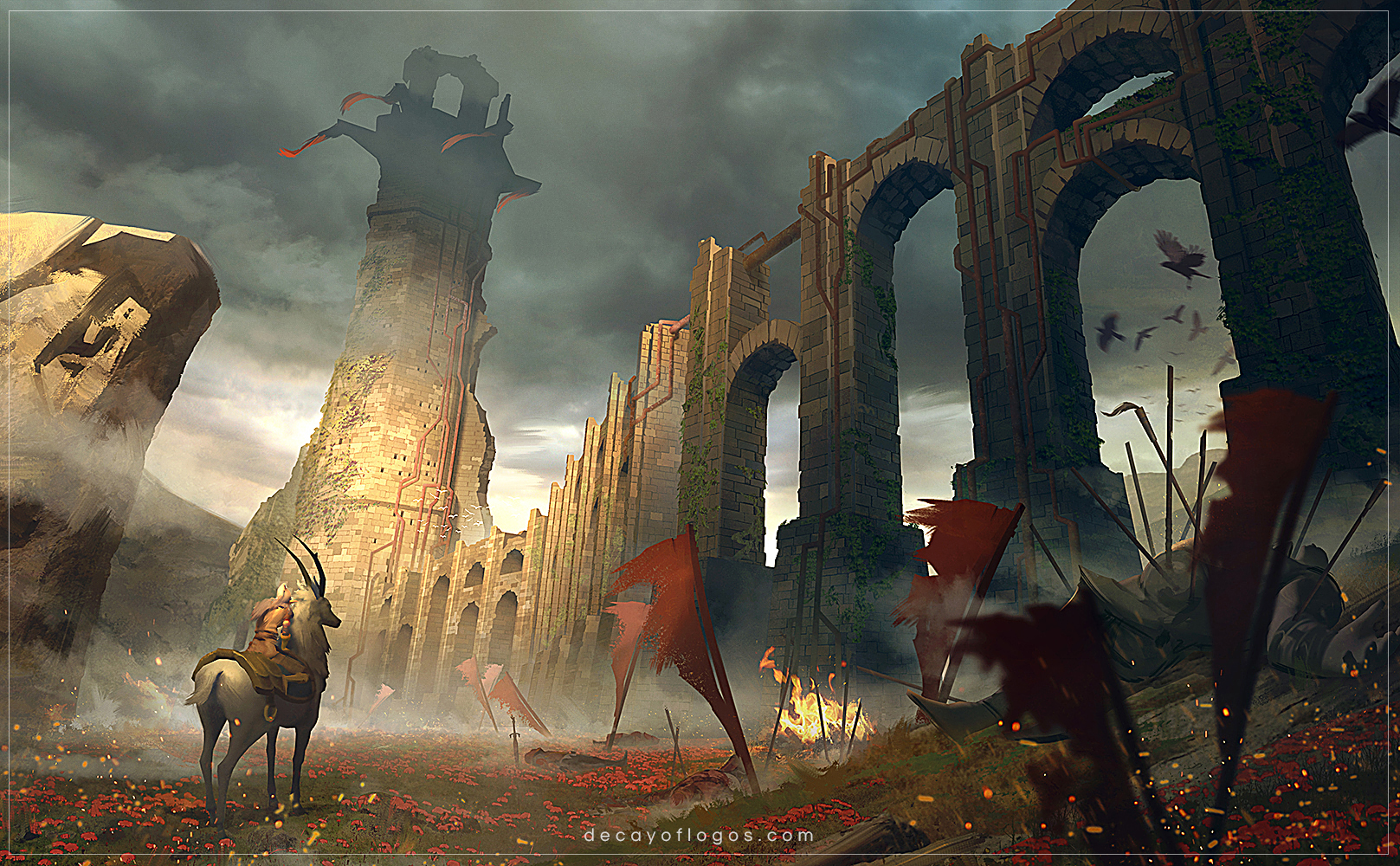 Previously, we’ve shown the concept for an armor used by a new kind of enemy the player will be facing. The “game ready” model of this equipment is already finished: 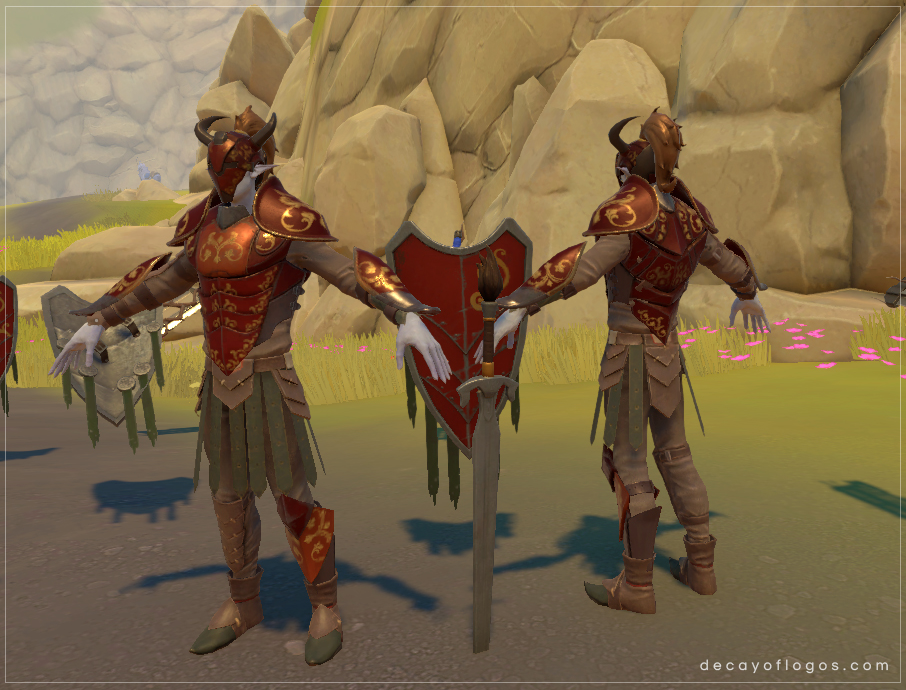