This week we were working on the animations and logic of the Ancestor undead soldier, making him alive but also balance his attacks with the others small soldiers is something that needs some extra work. This is a slow enemy, but careful with the range of the mace!
We also re-worked the logic behind the dodge when in combat, if you have stamina you can dodge immediately after an attack ( before, we waited for the complete end of the attack animation ). This was a feature much asked 🙂

Regarding the small lakes, we are finalizing the final details, like dynamic and static ripples. There’s a sneak peak below. When it’s ready, we will show it in a dedicated devblog post the workflow used.

Things are coming together nicely in the art department, specially concerning the environments of Chapter 2. Since the terrain meshes and textures have finally been completed using our new workflow, the team was able to focus on polishing each area to make them feel unique. On that topic, here is a sneak peek of one of the core locations of this part of the game. For this interior we are having fun experimenting with water pools and other cool details to enhance its mysterious mood. 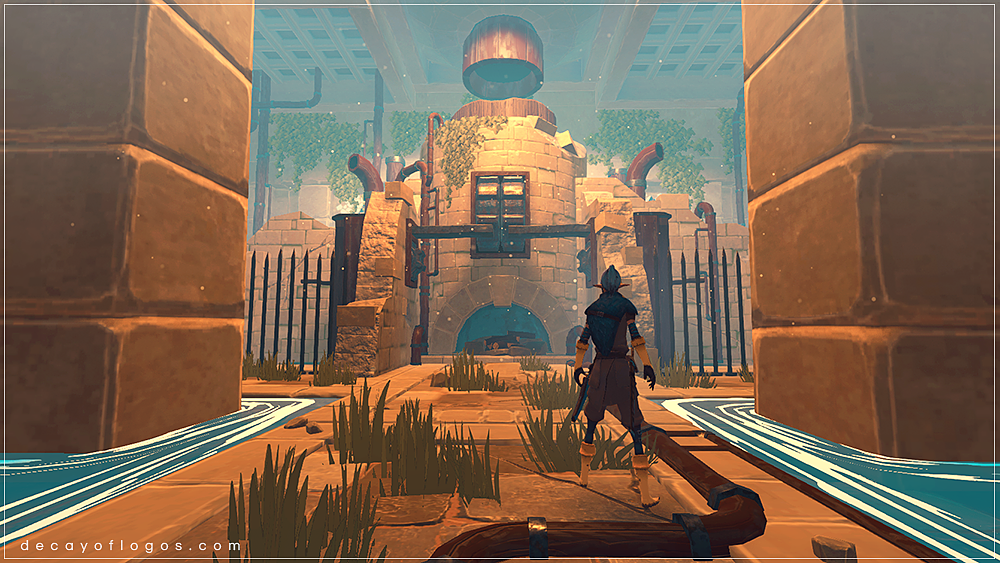 The boiler inside the water temple.