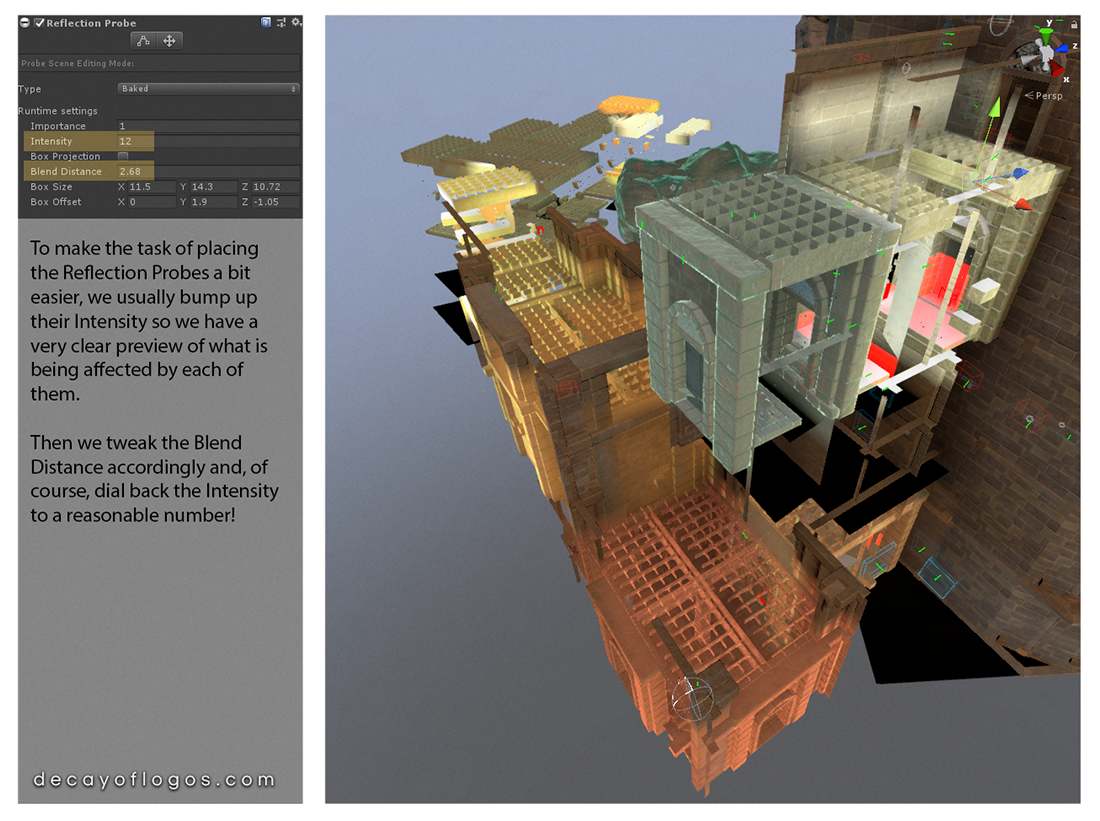 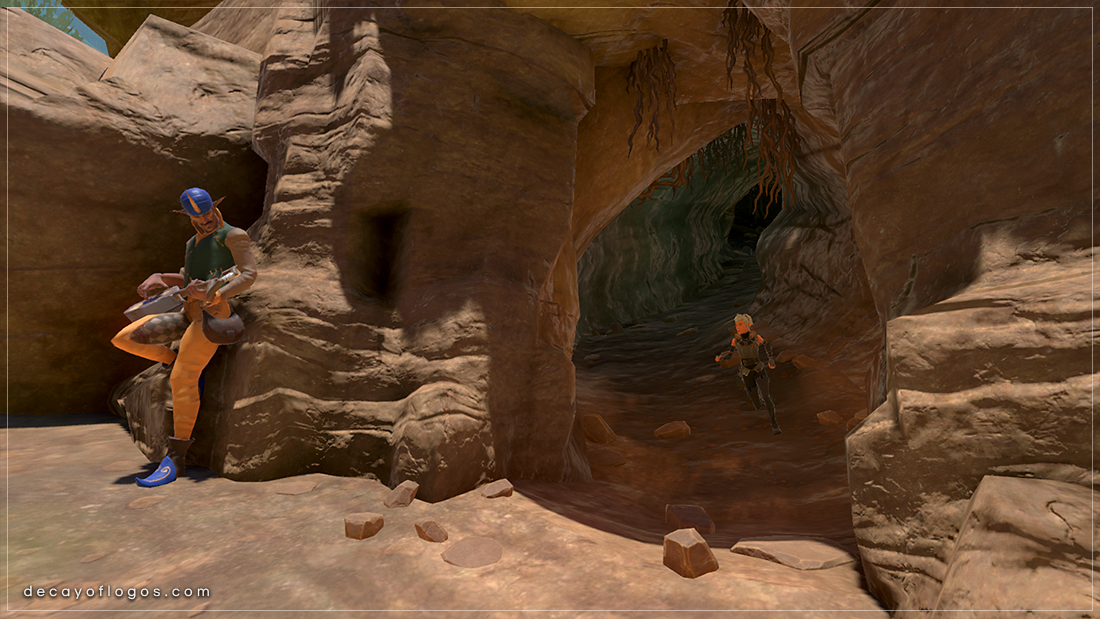 The gears have been doing their usual grind, tweaking the lighting and tuning the balance while squashing whatever bug that remains!

We’ve decided to bring you something a bit more technical today, however, and this is in regards to the lighting overhaul that we’ve kept bringing up in the latest posts: 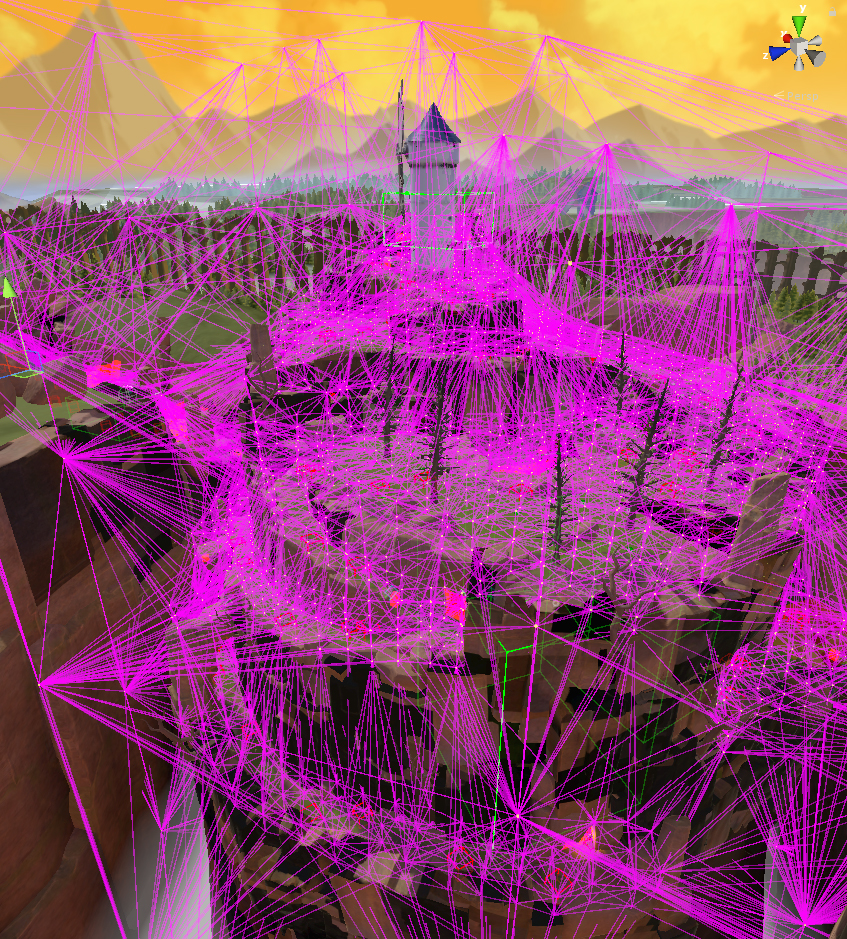 The pink fiesta that you see is a plethora of light probes that are being manually placed and tweaked in every location.

In short, they allow us to provide quality and accurate lighting for non-static objects while also providing some necessary light information for the static ones. Do note that this is very performant, despite the way it looks behind the scenes!

We’re also bringing you another scene that has been tweaked and is close to being ready for prime time:

Thank you for keeping up with our posts, we’ll see you next week!

As promised, we’re bringing one of our new and latest additions, one that’ll breathe more life to the world, rats!

See them driven before you!

We bet that you weren’t expecting that.

Other than the addition of these little critters, more fixes and improvements have been introduced, as well as further lighting tweaks to more scenes. We can already see the light at the end of the tunnel, pun intended!

We’ve also decided to share a glimpse of our polish work: 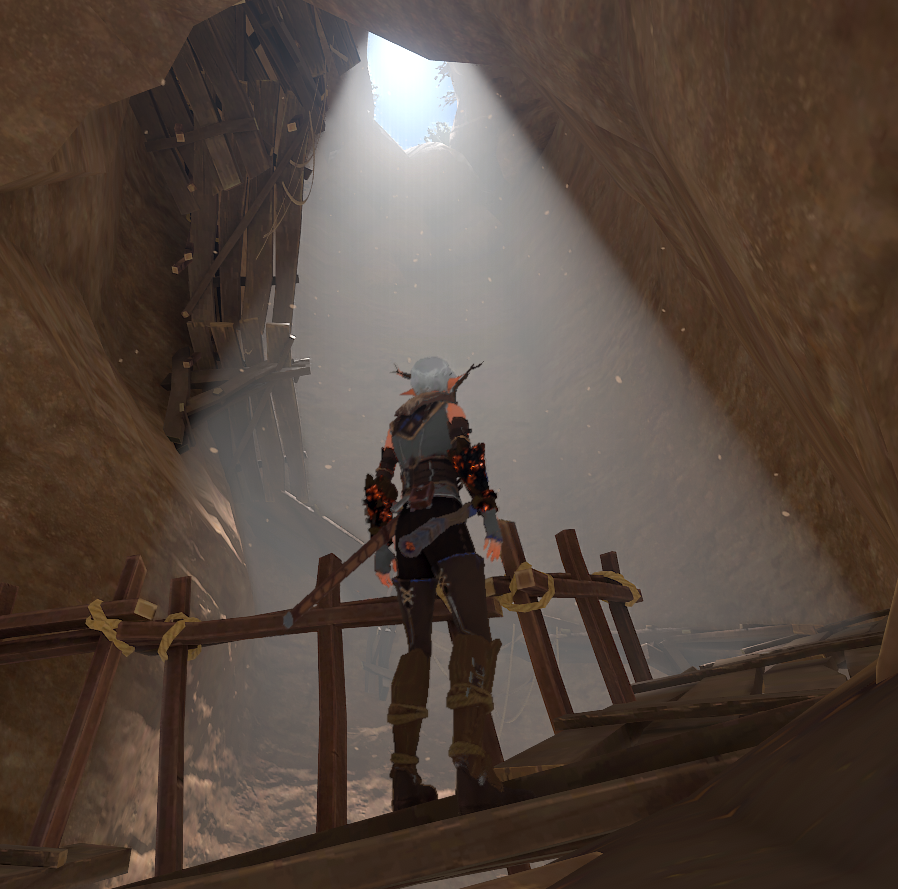 Can you guess in which area this cave is located?

That’s it for today’s DevBlog post, we hope that you’ve enjoyed it, have a great weekend!

We’ve continued working on the lighting aspect of all our scenes, while also tweaking related content such as materials, reflection probes, color grading and so on, ensuring that everything is looking pretty and as close as possible to our vision.

As such, we’re bringing you a couple more examples of the new and improved looks that you can expect when you explore this unique world: 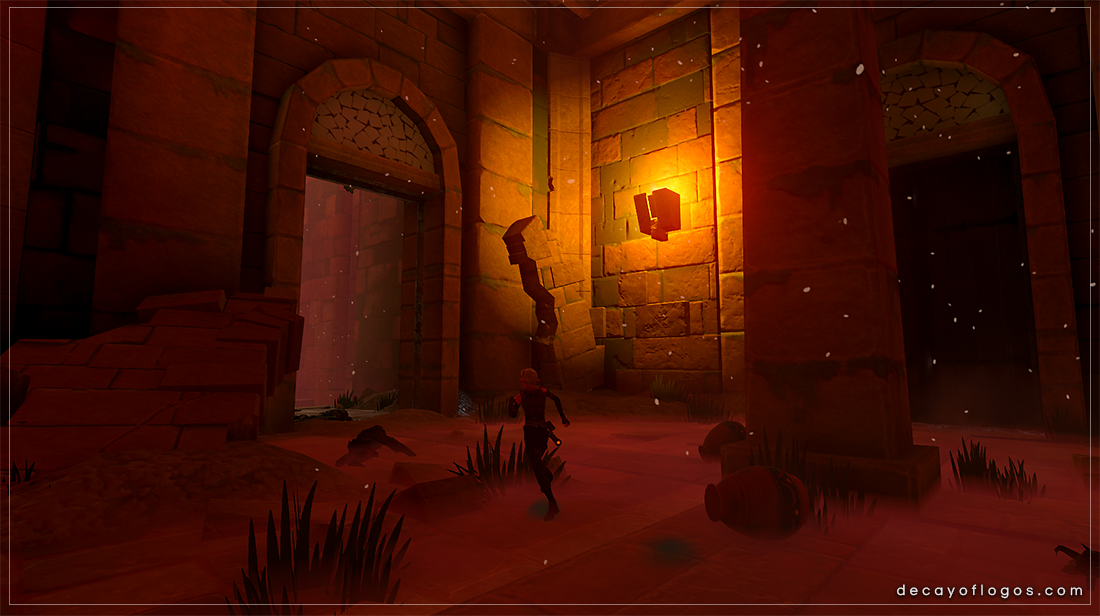 Overhauled lighting in the dungeons I. 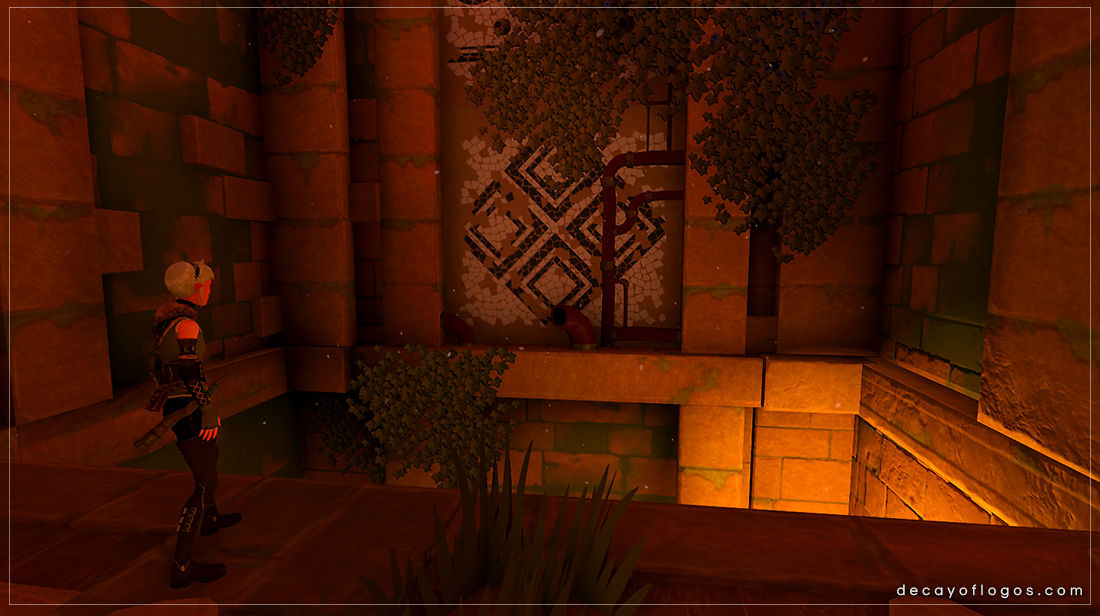 Overhauled lighting in the dungeons II.

We hope that you’ve enjoyed the content that we had to share for this week, there are some new things in store that we hope to show you in the upcoming DevBlogs, so stay tuned!

Have a good one! 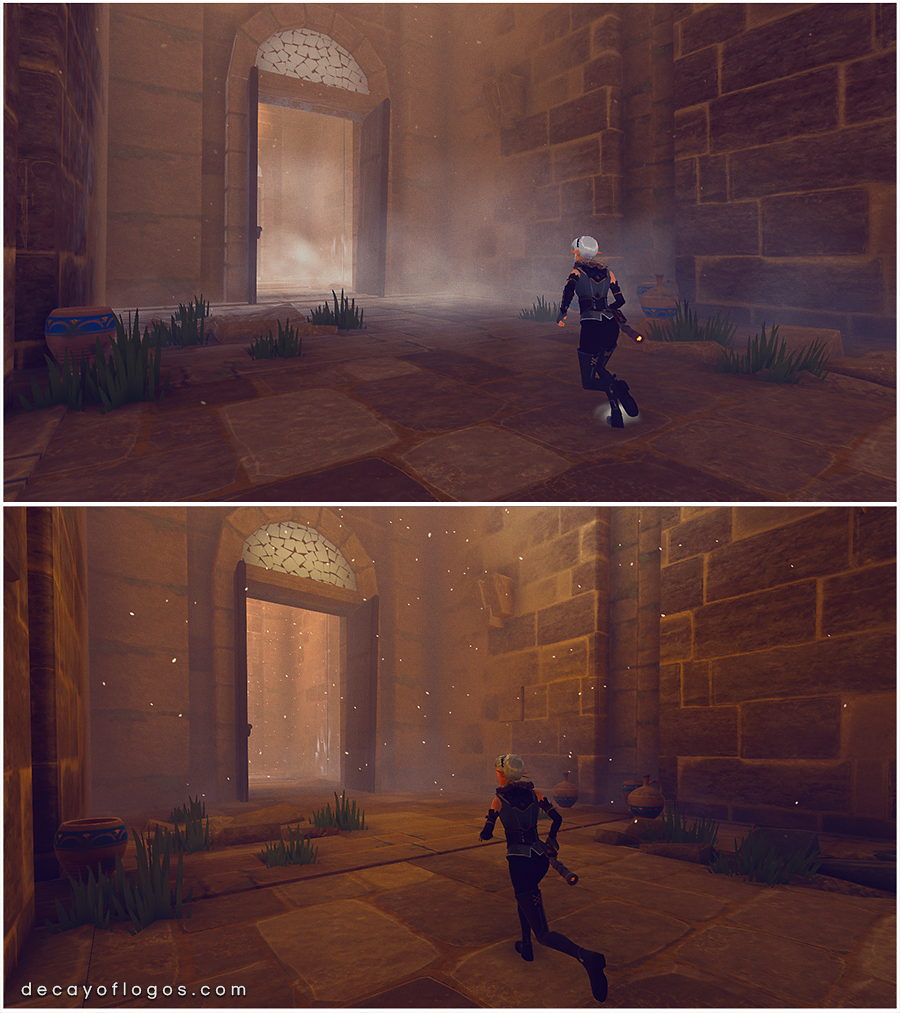 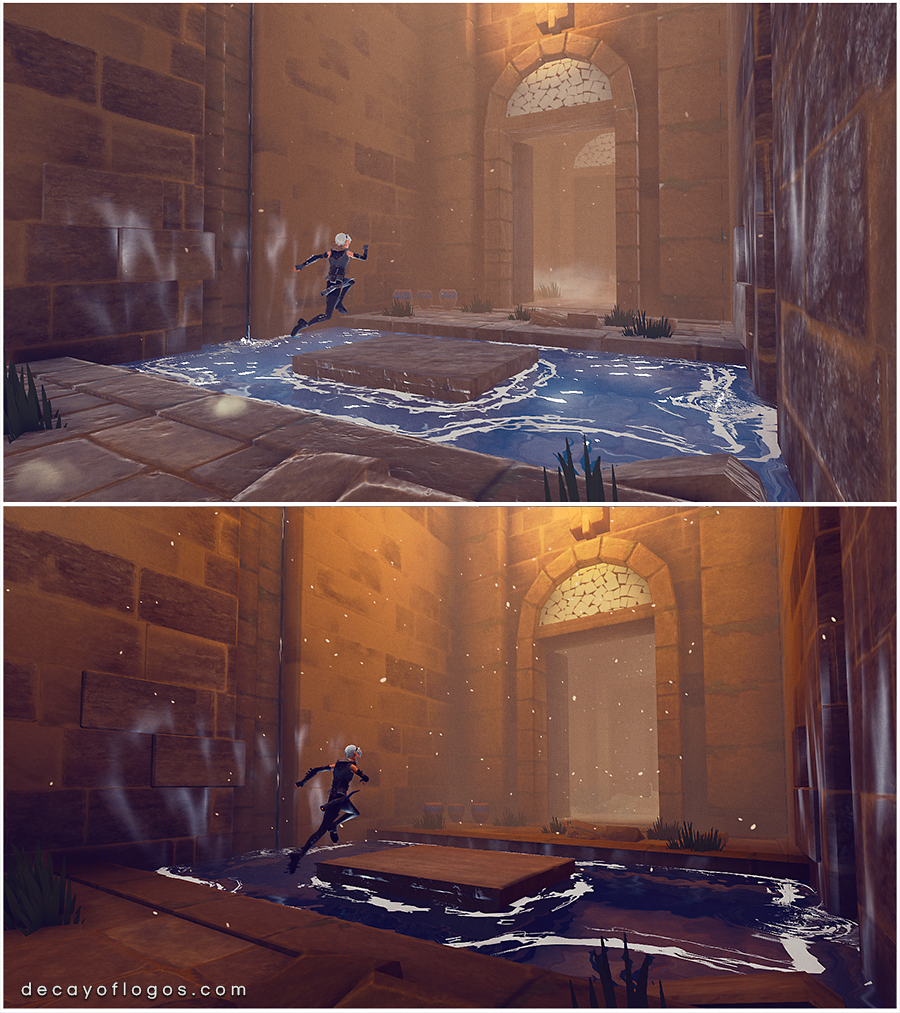 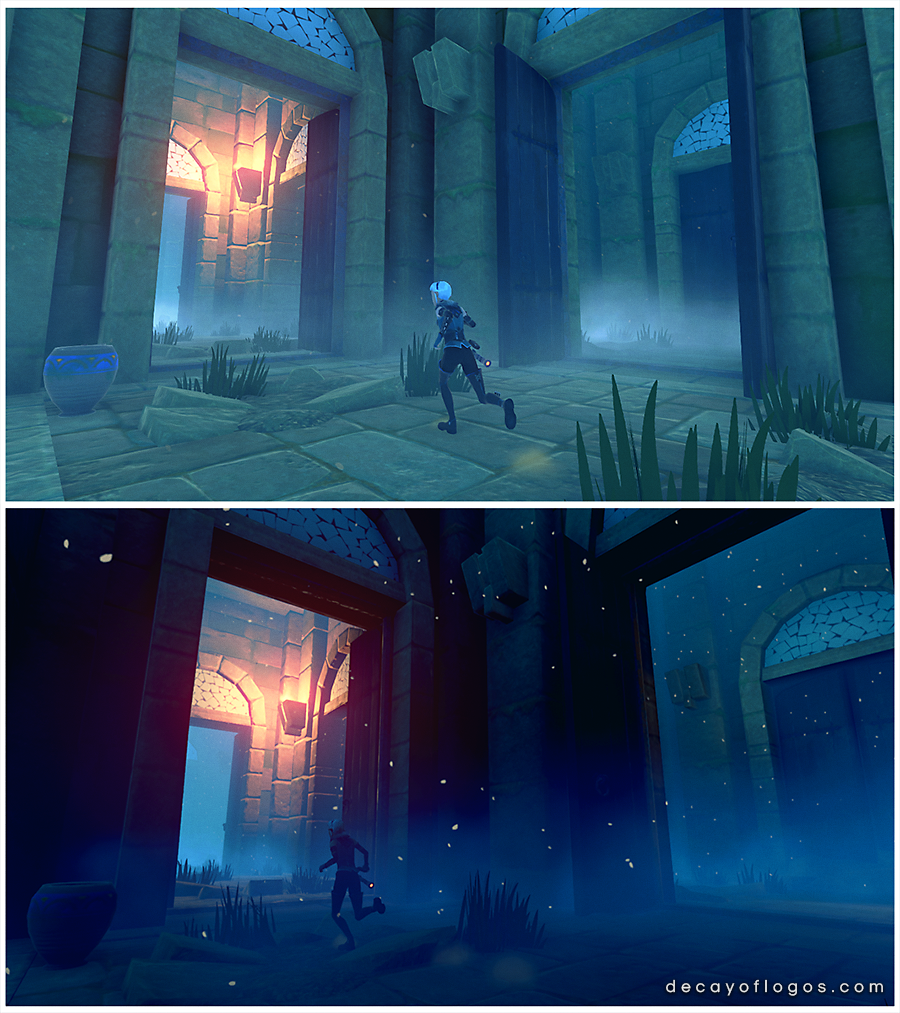 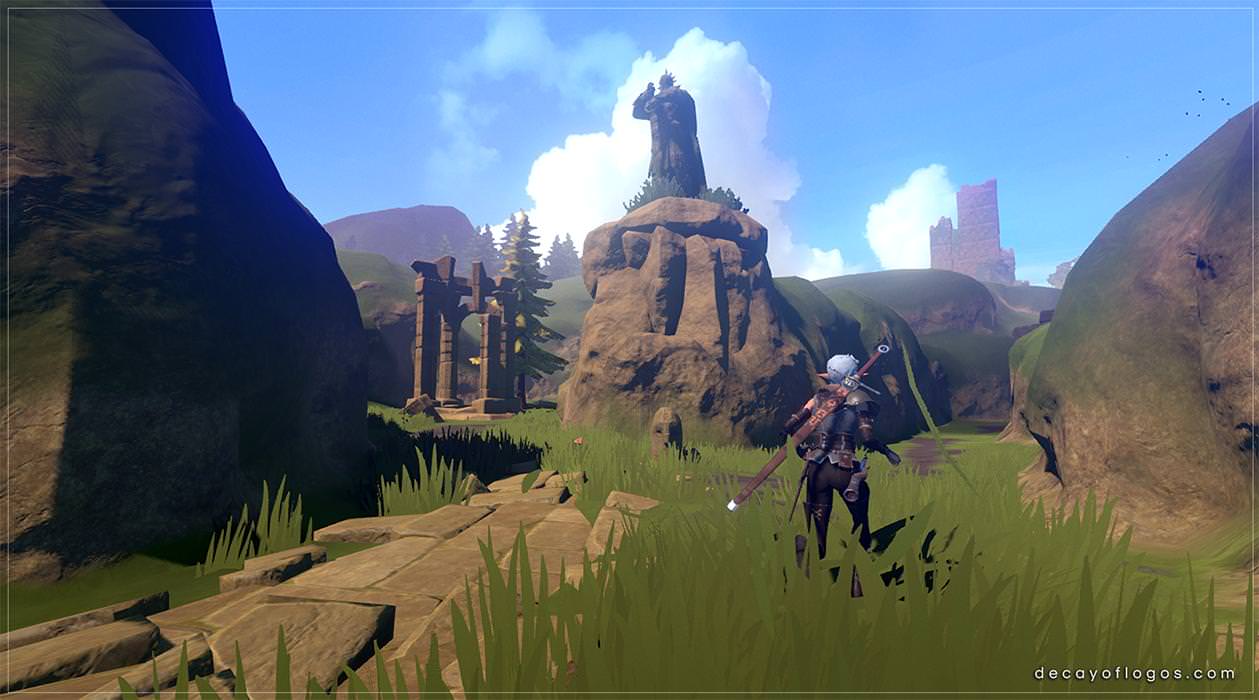 This is our 40th devblog entry! We want to thank everyone who has been following us in this journey.

During this week of work, a boss battle was born. There is still a lot of balancing and small tweaks to be done in each combat phase, but it’s getting there. We are targeting for an intense battle with various phases, different attacks and transformations. Some of us are hardcore Dark Souls players, so the difficulty is being calibrated in favor of everyone.

We will show some parts of this boss battle in the upcoming trailer we are also working on.

Meanwhile, the work on the new Canyon area continues to keep our artists busy. Most of the props have already been laid out, and the big Windmill that punctuates the landscape is also practically finished.

We are currently focusing on the task of texturing very wide surfaces, and to make that process easier, we asked our colleagues from the R&D team to lend us a hand. After some discussion, we decided to add the Amplify Shader Editor to our toolkit, so now we have a much easier time blending maps.

Once again, this week André was improving and fixing some stuff following the feedback we got from Lisbon Games Week. Some UI changes and rearrangement were done for a more readable inventory, for example. Two handed swords will also start to behave like one handed ones, since various testers sheathed the weapon by mistake in the middle of the combat. Also the Elk control and camera were improved, and probably a change in the controls will be made at a later stage. Since the prototype that the inspiration for the Elk control was Shadow of the Colossus, but maybe it is time to test a new control system, more similar to the Girl control. We will have the chance to test these changes at Comic Con Portugal.

We also revamped the area with the cave tunnels in order to achieve a more immersive ambiance.

Close encounters of the slime kind.

One last thing, we are having a lot of fun doing some promotion captures with the cinematic camera 😛

Wandering in the swamp.

It has been a very tough work week for everyone. We are closing a new area of the game that will be shown in Lisboa Games Week in 17-20 of November. A lot was added or improved, from characters, props to polished code. We are also doing some playtesting.

The swamp area is practically complete, and now we are tweaking the overall colors and exploring ways of adding details that enhance the mood, like thick fog and small water puddles. Here is a shot showing how the whole thing is coming together. In the previous blog update we’ve shown the concept for the Lumberjack’s twin brother, and now that we’ve wrapped up the production for that character we can show how it turned out.
We also added a few minor details to the UV maps of the first Lumberjack, including a placeholder “hand-painted” fur texture to his shoulder pad which we plan to eventually change into “hair cards” further down the road (similar to the system we’ve used for the Elk model).
You can see in the image below the Lumberjack siblings chilling together. You walked into the wrong neighborhood.

Here’s a sneak peak of the Wanderer’s idle animation. Remember to go talk to him!